Watch the recordings of the DHSS sessions

The Digital Health Society (DHS) movement was born during the Estonian EU Presidency in 2017, which focused on the development of a digital society in Europe, enabled by the free flow of data, as the fifth freedom right in the European Union.

Launched by the Ministry of Social Affairs of Estonia and the ECHAlliance as a call for action, the primary objective of the DHS has been to bring together all stakeholders of the digital health community around the table to drive the agenda of the EU Presidency.

As a legacy of the Estonian 2017 EU Presidency, DHS has established a living bridge with subsequent Presidencies. Digital Health policies are getting on top of the priorities of most of the EU Member States.

Health data and data management are crucial when it comes to providing better healthcare, empowering citizens and generating evidence-based knowledge to support scientific research and technological innovation. COVID-19 has highlighted the urgent need for new generation solutions to make data comparable and relevant and robust frameworks and indicators able to guide health systems in their decisions. Barriers related to technology, usage and privacy persist and prevent to consolidate personal and societal trust. Still, too much of the wealth of health-related data is not unlocked and represents a hugely missed opportunity to build healthier and more equal societies and communities.

The ambitious plan put forward by EC to build an EHDS has opened a lively debate on multiple and connected aspects, mainly around the most appropriate data governance frameworks, data sharing technologies, as well as the rise of novel models and institutions through the constitution of public data hubs, cooperative and trusts.

Covid-19 has highlighted the vital urgency of strengthening existing surveillance systems for infectious diseases, developing early warning systems based on the most innovative techniques and AI-based technologies.

The complexity of challenges humans have ahead (such as climate change, growing inequalities and public health treaths) advocates for a holistic vision. Greater collaboration and coordination across departmental and sectorial boundaries is crucial to eliminate duplication, optimize resources, create synergies among agencies, and deliver seamless services to the citizens and businesses.

Digital health rapidly develop across Europe and beyond and brings undoubted opportunities. However, there is also a danger that such process, if not accompanied by adequate investments in widespread and life-course digital and health literacy programmes, can exacerbate inequalities.

Innovation readiness of the health and care workforce

Every day, health professionals, researchers, and patients produce vast amounts of data through the use of, for example, EHRs, mHealth apps, and Internet-of-Things (IoT) devices. Data and technologies bring forward a wealth of opportunities that are making significant changes in the provision of healthcare services. However, in order to take advantage of these opportunities, the health workers must trust the solutions, be engaged in their design and equipped with innovation-oriented mindsets and digital skills.
Across Europe and worldwide key stakeholders, initiatives and projects are working to identify the necessary competences for a future-proof health workforce.

Harnessing the potential of data requires collective and continuous learning. Powerful insights may come from implementation stories and lessons learnt.

Through its events, workshops, seminars and publications, DHS contributes to knowledge sharing and good practices’ spread.

Health data governance, sharing and use pose critical challenges that must be handled in open minded, cross-disciplinary and constructive debates.

DHS offers a neutral reflection and muli-stakeholder space and collaborate with recognised experts across academia, industry, governments and third sector.

How can we help the European institutions achieve the EHDS goal? How can industry be pivotal in accelerating the process? How can we build citizens’ trust?

DHS support the policy activities by bridging connections between EU Presidencies and sets the scene for action-oriented partnerships. 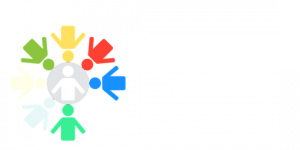 Join the Digital Health Society! Write us an email to  dhs@echalliance.com