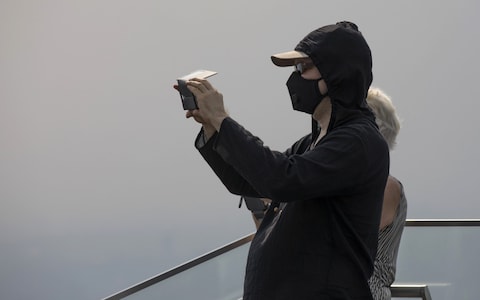 Air pollution, obesity and vaccine hesitancy are three of the global health threats the World Health Organization has pledged to make a priority in 2019.

In a belated set of new year resolutions WHO has listed the 10 greatest health threats the world faces and sets out how it will tackle them over the next 12 months.

The list is a sign that global health is changing and non-communicable diseases (NCDs) such as cardiovascular disease, diabetes and cancer and environmental threats pose just as great a risk as infectious diseases such as Ebola and HIV. And that health threats can come from any quarter.

Amesh Adalja, senior scholar at the Johns Hopkins Center for Health Security in the United States, said that the list was a good overview of the threats to the world’s health.

“Having a list like this helps to drive research and innovation and it’s a way of conceptualising something that’s complex. Often diseases can get blown out of proportion and people need to understand what the true risks are,” he said.

He added that the inclusion of “vaccine hesitancy” or scepticism was important.

“If you’d done that list 100 years ago it would have been all infectious diseases. The reasons why it’s not is because of vaccines. People didn’t have the luxury of dying from diabetes, obesity, cancer and cardiovascular disease. Vaccines are probably one of the greatest technologies to have impacted on human health,” he said.

Global health: boom or gloom? | The data that dispels the myths

War, disease, famine, death… The news is full of horror stories and it’s easy to think that the world is falling apart around us.

But the truth is very different. While it’s right to shine a light on the many terrible events and risks we face, the big picture in terms of human health is one of steady – and, often, dramatic – improvement. Read more

A WHO spokesman said: “These issues were included for various reasons – some are diseases we have made significant progress with, such as HIV, yet they remain significant health threats – HIV still kills one million people a year. Others, such as dengue, are seeing transmission periods lengthening and some countries like Bangladesh are seeing more dengue deaths than they have in years.

“While the lack of availability of vaccines is a huge challenge in many areas, vaccine hesitancy is acknowledged as a significant challenge in getting those who do have access to vaccines to actually vaccinate,” he said.

Top of the list is action on air pollution and climate change, a growing crisis as WHO estimates that around nine out of 10 people breathe polluted air every day.

Air pollution | How dirty is the air where you live?

Air pollution is one of the most pressing public health issues facing the UK, with new health warnings hitting the headlines on a weekly basis.

To find out how dirty or clean the air is where you live, look at our interactive map.

Microscopic pollutants in the air can penetrate respiratory and circulatory systems, damaging the lungs, heart and brain, killing seven million people prematurely every year from diseases such as cancer, stroke, heart and lung disease.

WHO estimates that between 2030 and 2050, climate change will kill an additional 250,000 people, mainly due to malnutrition, malaria, diarrhoea and heat stress.

Larissa Lockwood, head of health at Global Action Plan, a charity campaigning on clean air, welcomed WHO’s prioritisation of air pollution and said it should work with governments to help people understand the risks.

She added: “In the UK the government has recognised the importance of engaging people on air pollution – and we welcome that –  but this is woefully underfunded compared to what is spent on other public health information campaigns such as obesity, heart disease and cancer.”

WHO says that this year it will help governments meet targets on increasing the amount that people exercise in a bid to tackle the growing epidemic of NCDs. Diseases such as diabetes, cancer and heart disease are collectively responsible for over 70 per cent of all deaths worldwide, or 41 million people every year.

Mapped | The global epidemic of ‘lifestyle’ disease in charts

Non-communicable diseases (NCDs) such as heart disease, cancer and diabetes now account for 90 per cent of  deaths each year in the UK. NCDs – often referred to as lifestyle issues – are not driven by infections and viruses but by behaviours such as poor diet, smoking, moving too little, alcohol and drugs.

More than 1.6 billion people – or nearly a quarter of the world’s population – live in places where crises such as drought, famine or conflict leave them without access to basic services such as health care. WHO says it will strengthen health services in these countries so that they are better able to respond to disease outbreaks and deliver essential health services such as immunisation.

Thrust to the top of the domestic political agenda by England’s chief medical officer Dame Sally Davies, the growing threat of AMR is also increasingly recognised globally. A recent report warned that worldwide 10 million people will die by 2050 if no action is taken. WHO has recognised that action can only be taken on a global scale and is working with government officials from both human and animal health sectors to implement its action plan.

Ebola and other high risk pathogens

In 2018, the Democratic Republic of the Congo saw two separate Ebolaoutbreaks, both of which spread to cities of more than 1 million people. The second outbreak – recognised as the second worst in history – is also in an active conflict zone.

What does Ebola do?

Symptoms begin with fever, muscle pain and a sore throat and can escalate rapidly to vomiting, diarrhoea and internal and external bleeding. The average EVD case fatality rate is around 50% although they have varied from 25% to 90% in past outbreaks. Health workers are at serious risk of contracting the disease and need to wear a protective suit covering their entire body.

How is the virus transmitted?

The virus is introduced into the human population through close contact with the bodily fluids of infected animals such as fruit bats and chimpanzees.

The virus spreads through human-to-human transmission, with infection resulting from direct contact with infected indviduals, through broken skin or mucous membranes, and indirect contact with objects contaminated with bodily fluids, such as door handles and telephones. The virus cannot be spread through the air

Health workers who have close contact with infected patients are particularly at risk of contracting the disease. Burial ceremonies that involve direct contact with the body of the deceased can also lead to the spread of Ebola.

Is the disease treatable?

There is no cure for the disease and treatment involves rehydration or intravenous fluids. Early treatment improves a patient’s chances of survival. There is no cure although during the Ebola outbreak in West Africa in 2014 anti viral treatments were developed. A vaccine has also been developed and will be used in the latest outbreak to protect direct contacts of infected patients.

Last year also saw WHO publish its blueprint list of priority diseases which have the potential to cause a public health emergency but for which there are no effective treatments and vaccines. This watchlist includes Ebola, Zika and disease X – an as yet unknown pathogen which could cause a pandemic.

Vaccine hesitancy – the reluctance or refusal to vaccinate – was seen as one of the reasons for a 30 per cent increase in the number of cases of measles globally. This was a disease that was almost consigned to history in some countries. “Anti vaxx” attitudes and social media bots spreading misinformation have encouraged vaccine scepticism.

Heidi Larson, professor of anthropology, risk and decision science, at the London School of Hygiene and Tropical Medicine, said it had taken some time for the global health community to recognise the threat, although WHO started to look into it in 2013.

She said: “In terms of antibiotic resistance we need confidence in vaccines more than ever, especially as our over-relied on antibiotics are not always working.”

This mosquito-borne disease is spreading to more temperate regions of the world and its season is also getting longer. Now, around 40 per cent of the world’s population are at risk of contracting this debilitating flu-like illness which, in its most severe form, has a 20 per cent mortality rate. WHO’s dengue strategy aims to reduce deaths by 50 per cent by 2020.

Dr Rachel Lowe, an expert on dengue at the London School of Hygiene & Tropical Medicine, welcomed dengue’s inclusion on the list. She said: “Changes in temperature and rainfall regimes across the globe are making it more difficult to predict the onset of the dengue season in countries prone to dengue epidemics.

“Several factors, including climate change and human movement, have allowed dengue to spread outside of the tropics to more temperature zones, including countries with limited capacity to respond.”

Despite the huge strides made in the fight against HIV/Aids around a million people die from the disease every year and a quarter of those infected do not know their status. One in four new infections takes place among girls and young women in sub Saharan Africa – a group whose numbers are set to boom over the next few years because of population growth.