Great Success of the The Digital Health Society Summit in Helsinki December 2019!

Last week we held the first DHS Summit in Finland under the patronage of the Finnish Presidency of the Council of the Council of Europe. The first day was focused on the Finnish Digital system journey over the last 25 years and health and wellbeing data for service improvement and research and development. The second day featured showcases of digital transformation, gatherings of ECHAlliance Ecosytems and the launch of 4 new Finnish Ecosystems. Early in the New Year we will publish a summary of the Summit conclusions. Our aim is to inform and influence the “European Digital Health Space” discussions taking place within the new Commission and which will have a material influence on the impact of digital health across the EU in the next five years

DHS convened this event to bring together Data Initiatives from across Europe so they could listen, discuss and find collaboration opportunities.

We heard about the conclusions of the Finnish Presidency, the plans for the Croatian Presidency and the Finnish Digital Health Story. 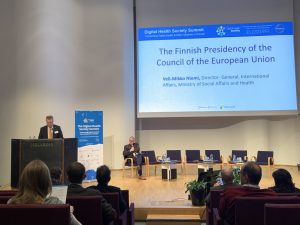 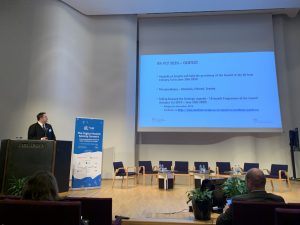 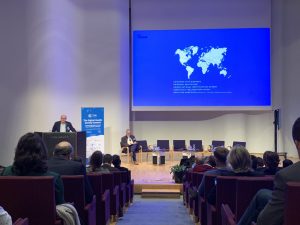 There were 3 very detailed Panels on health data. The first looked at the use of Real World Evidence and Data and the emergence of “Digital Health Learning Ecosystems”. The second panel looked at capturing and respecting citizen’s preferences for data governance and the results of the EURORDIS Rare Barometer patient survey. The third panel showcased health data and policy initiatives from around Europe including Data Saves Lives, Digital Health Europe, EU Health Coalition, EUREGHA, IMI and the Digital Health Society and discussed how these various initiatives might be able to collaborate more. 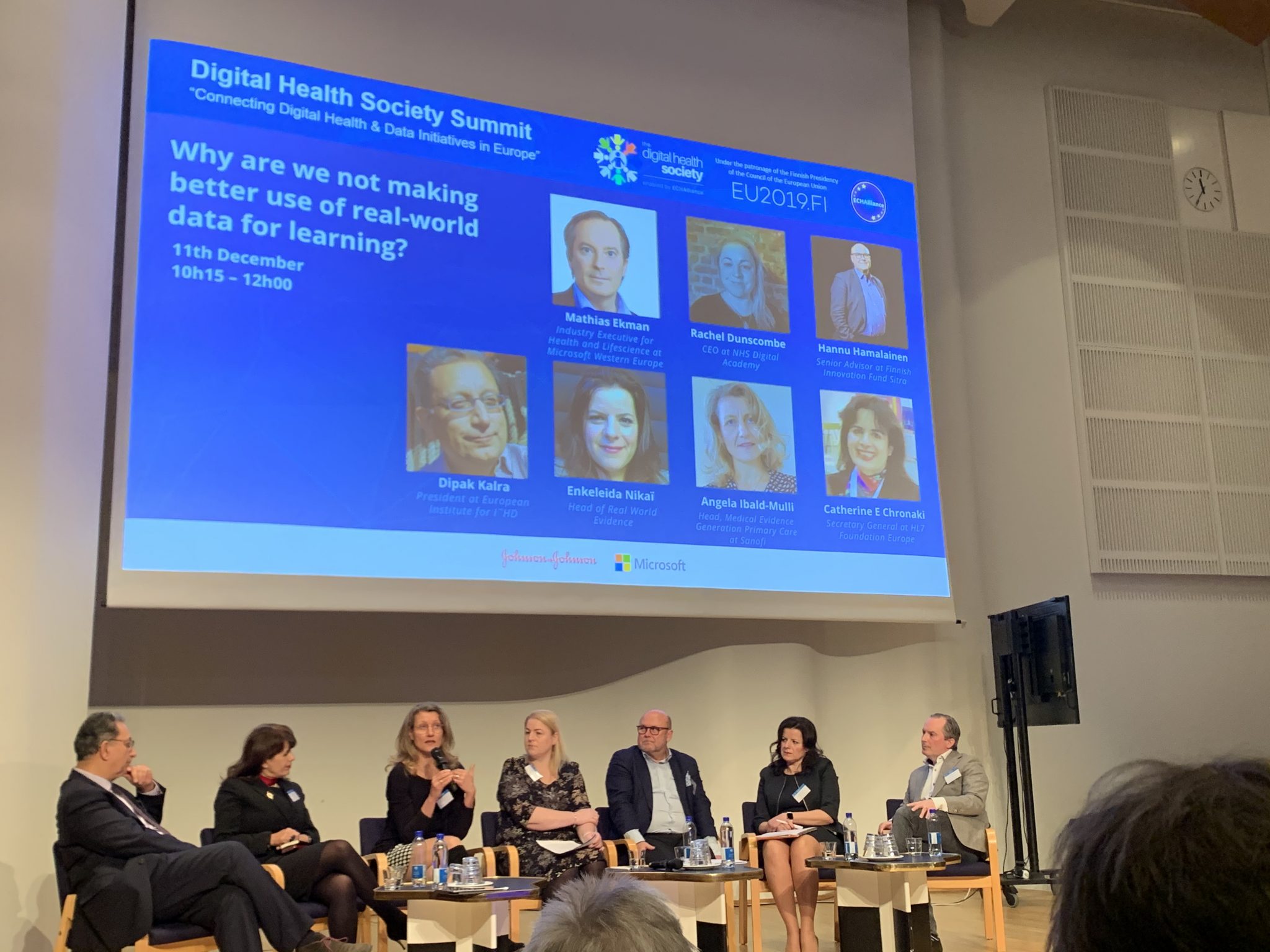 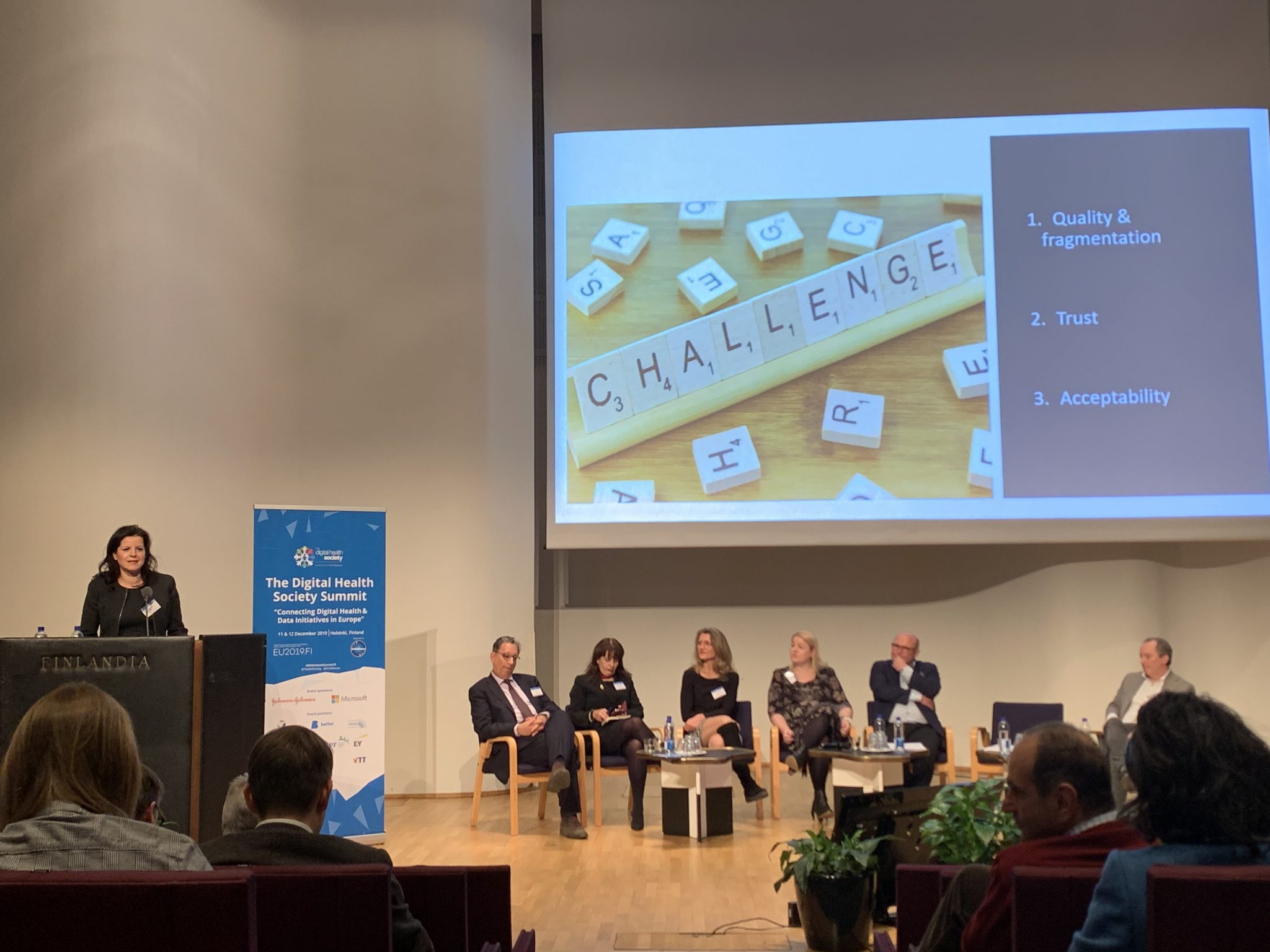 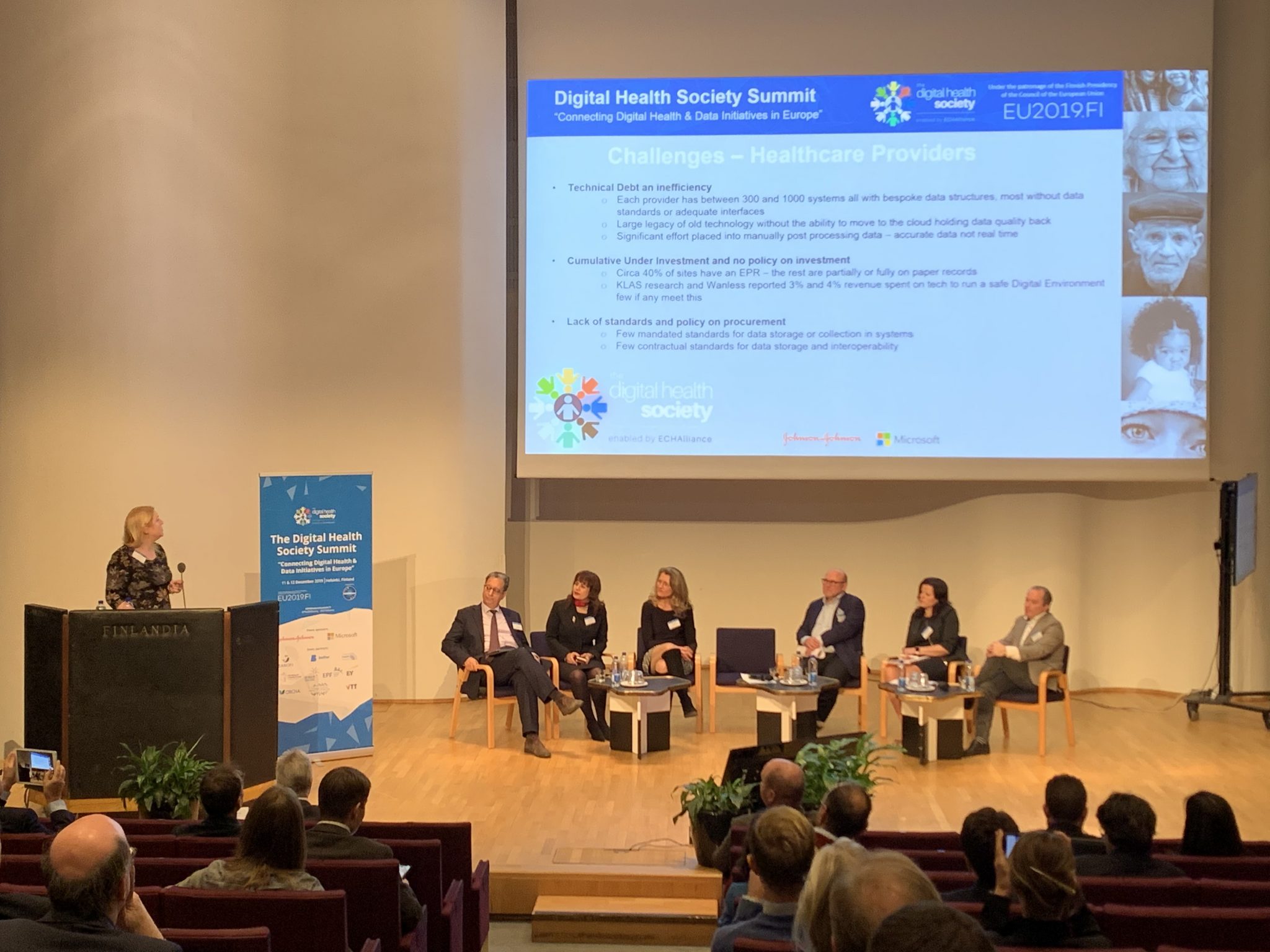 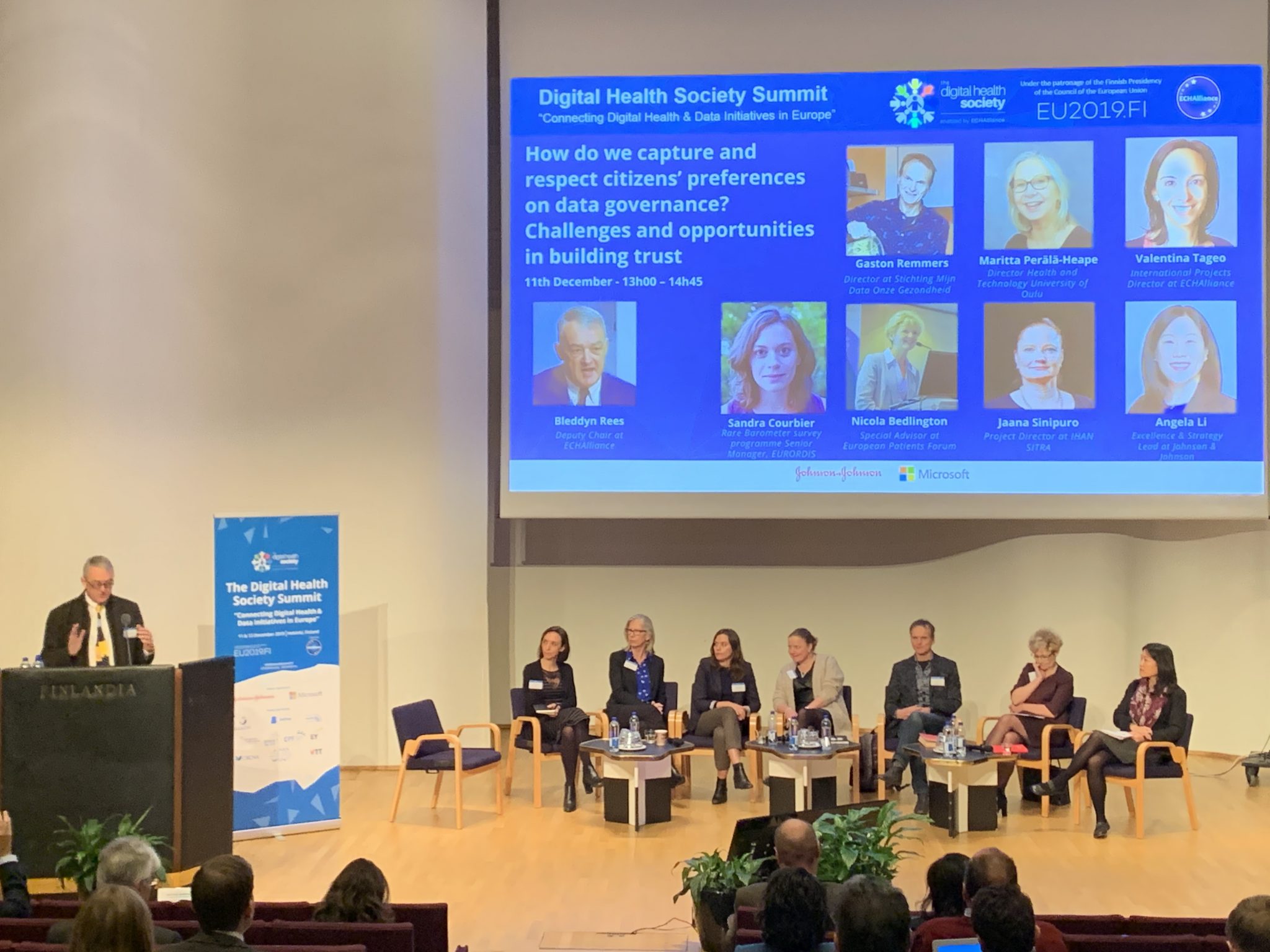 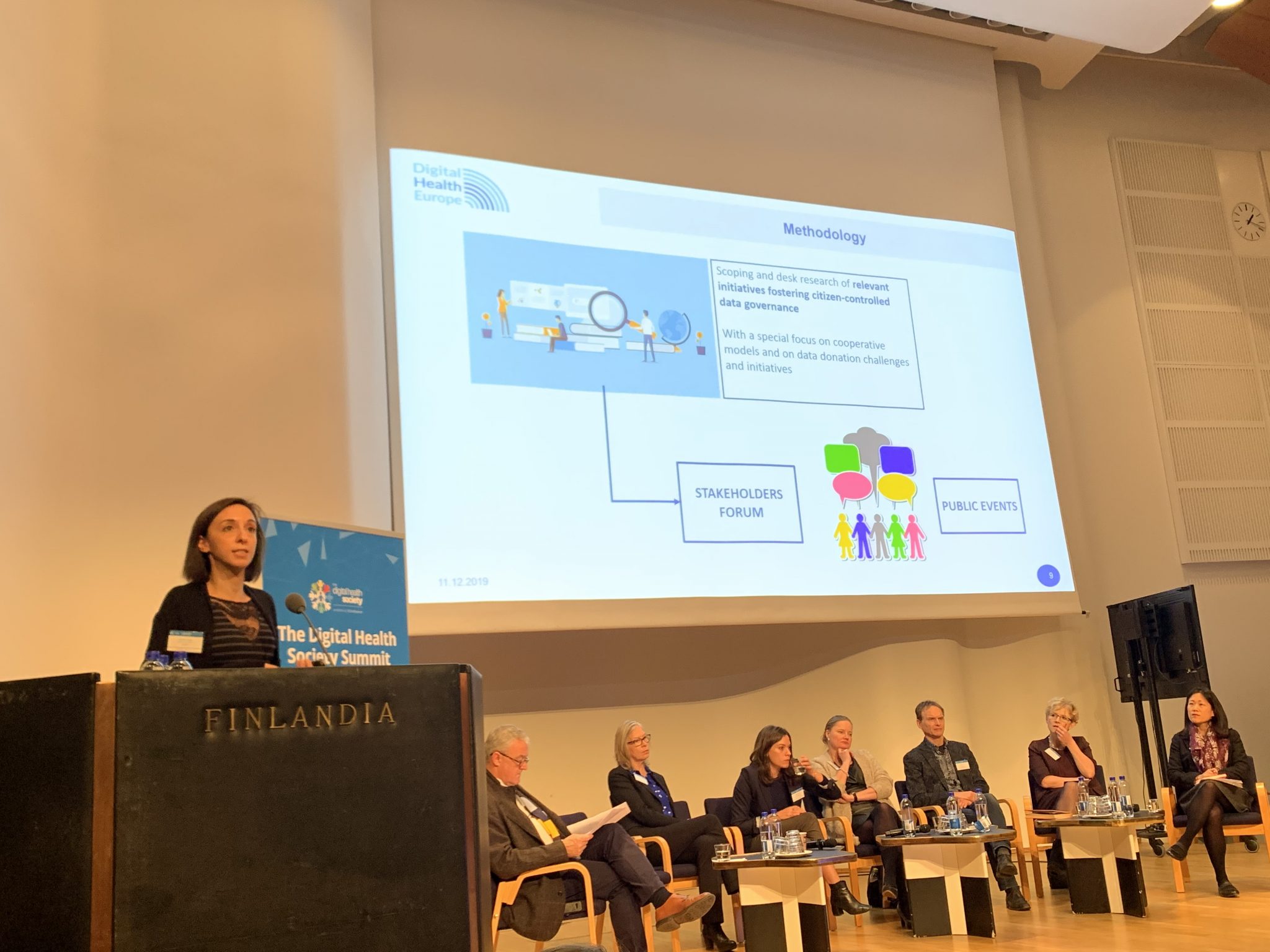 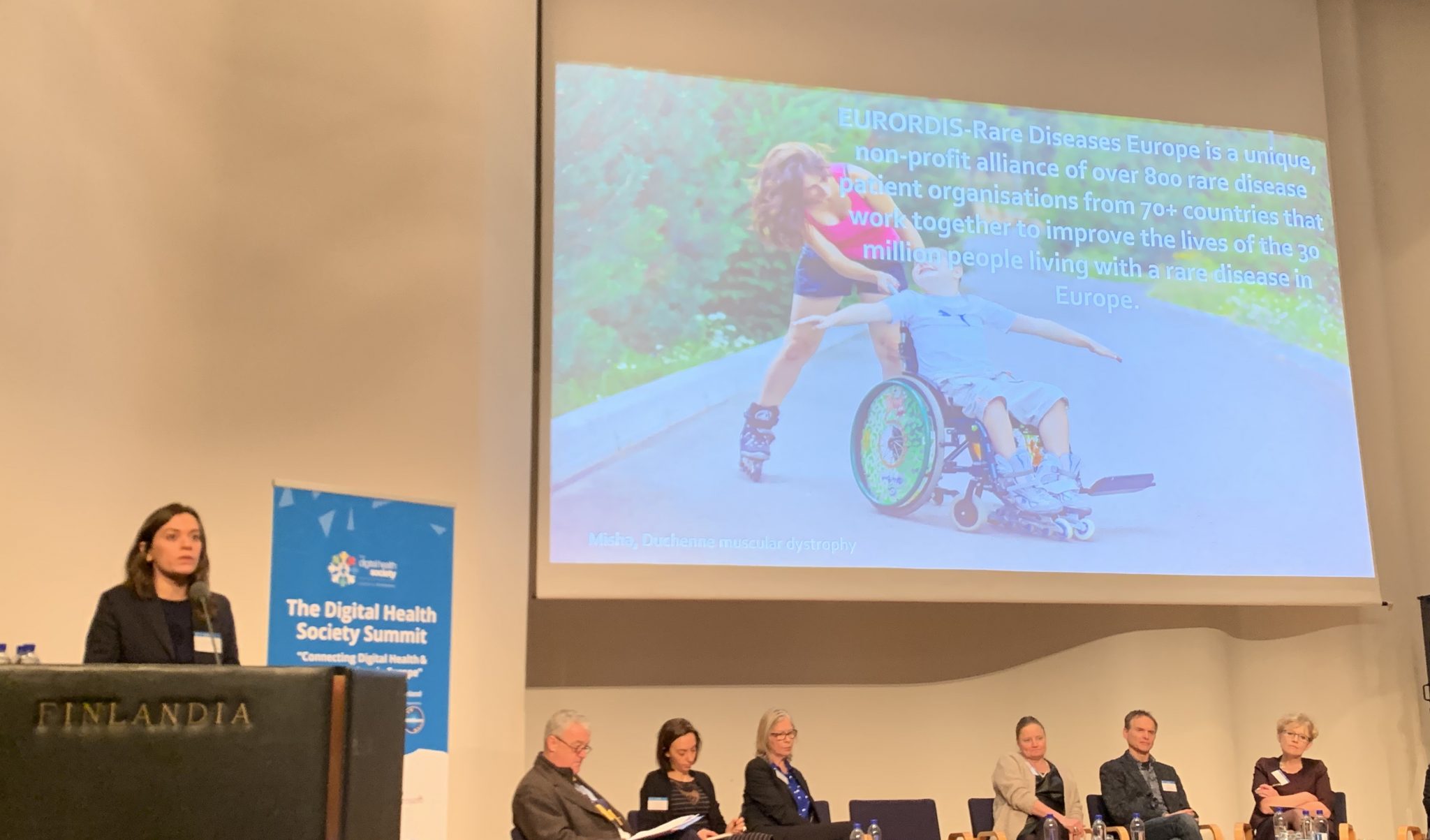 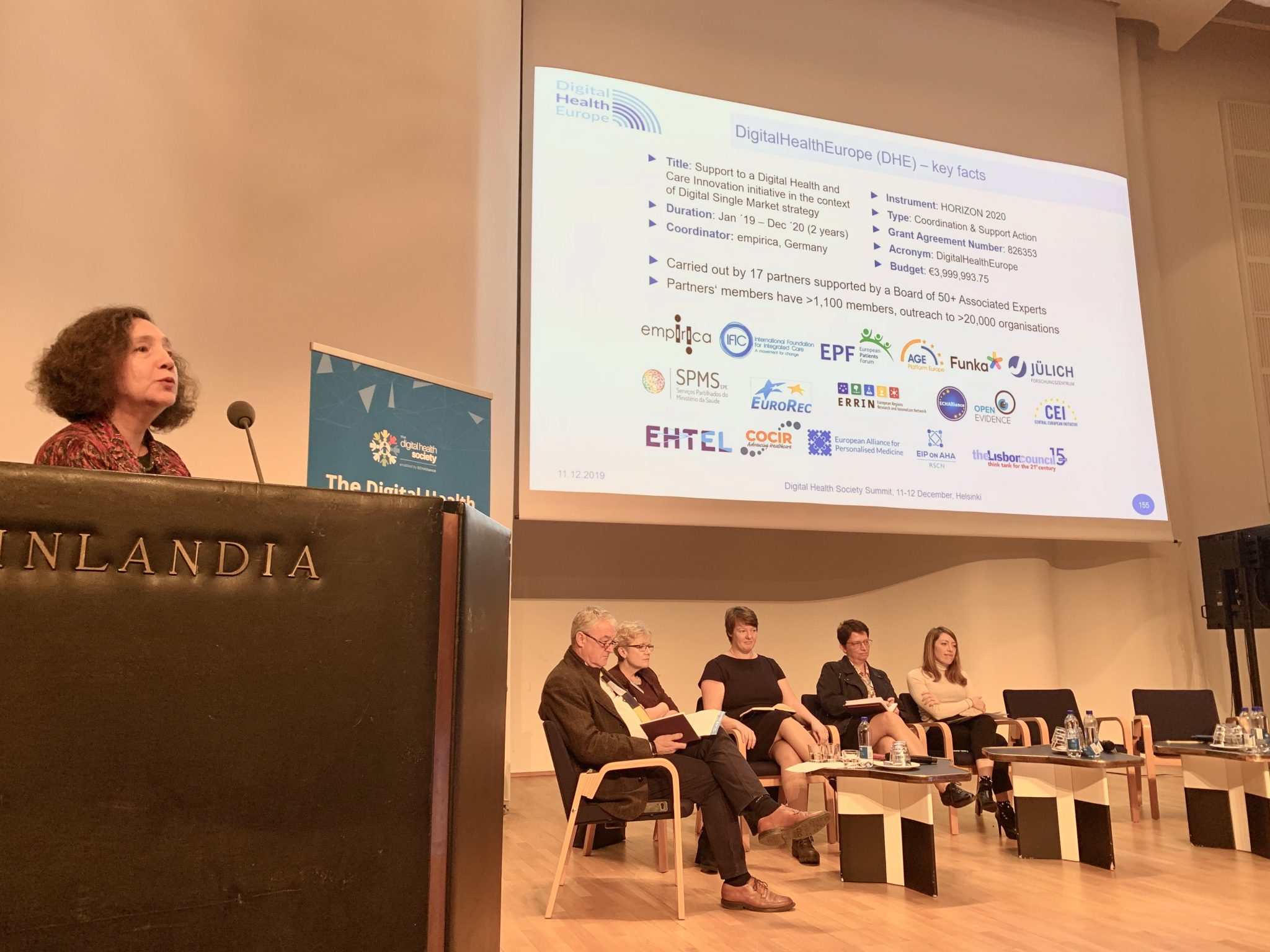 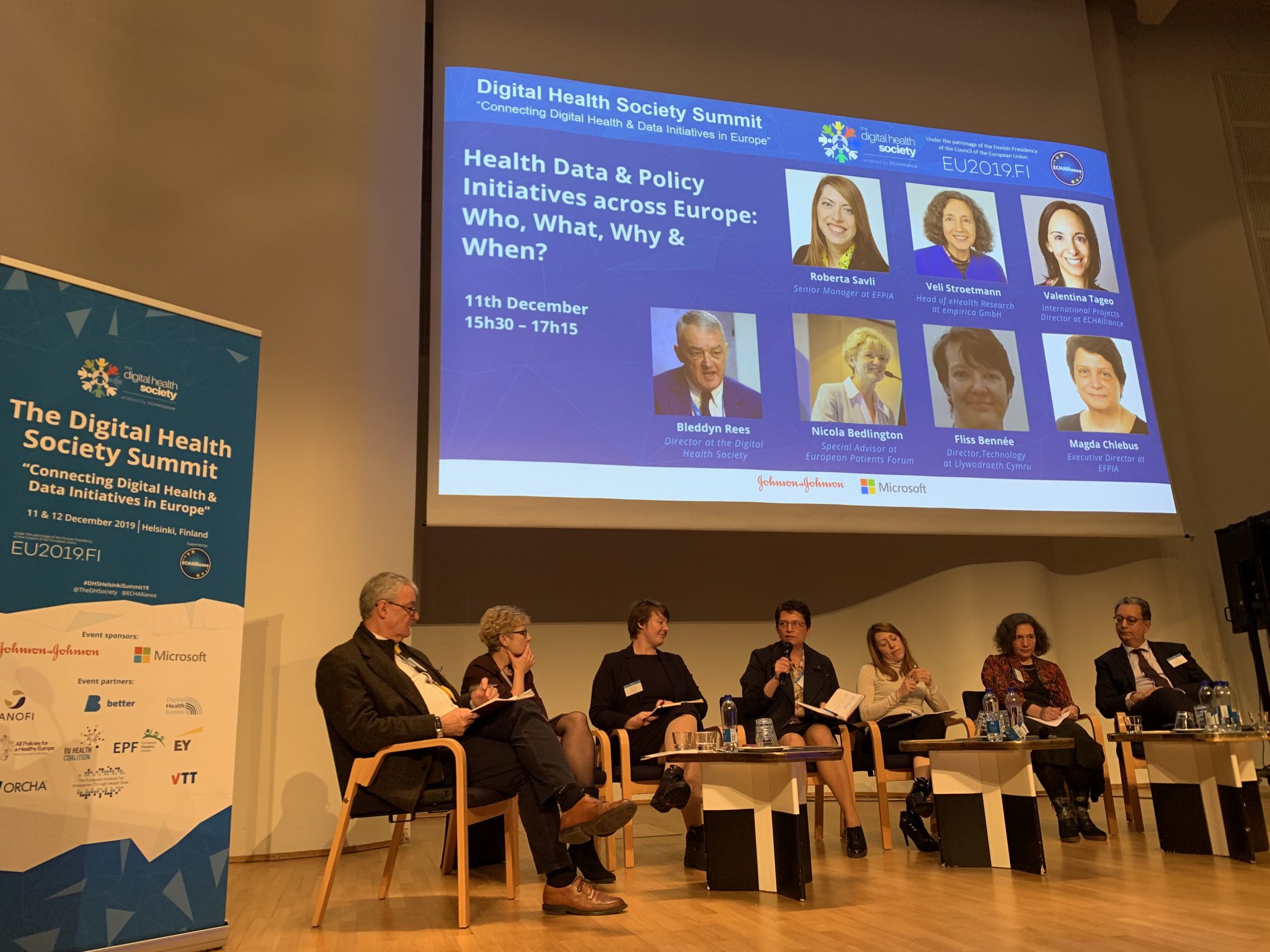 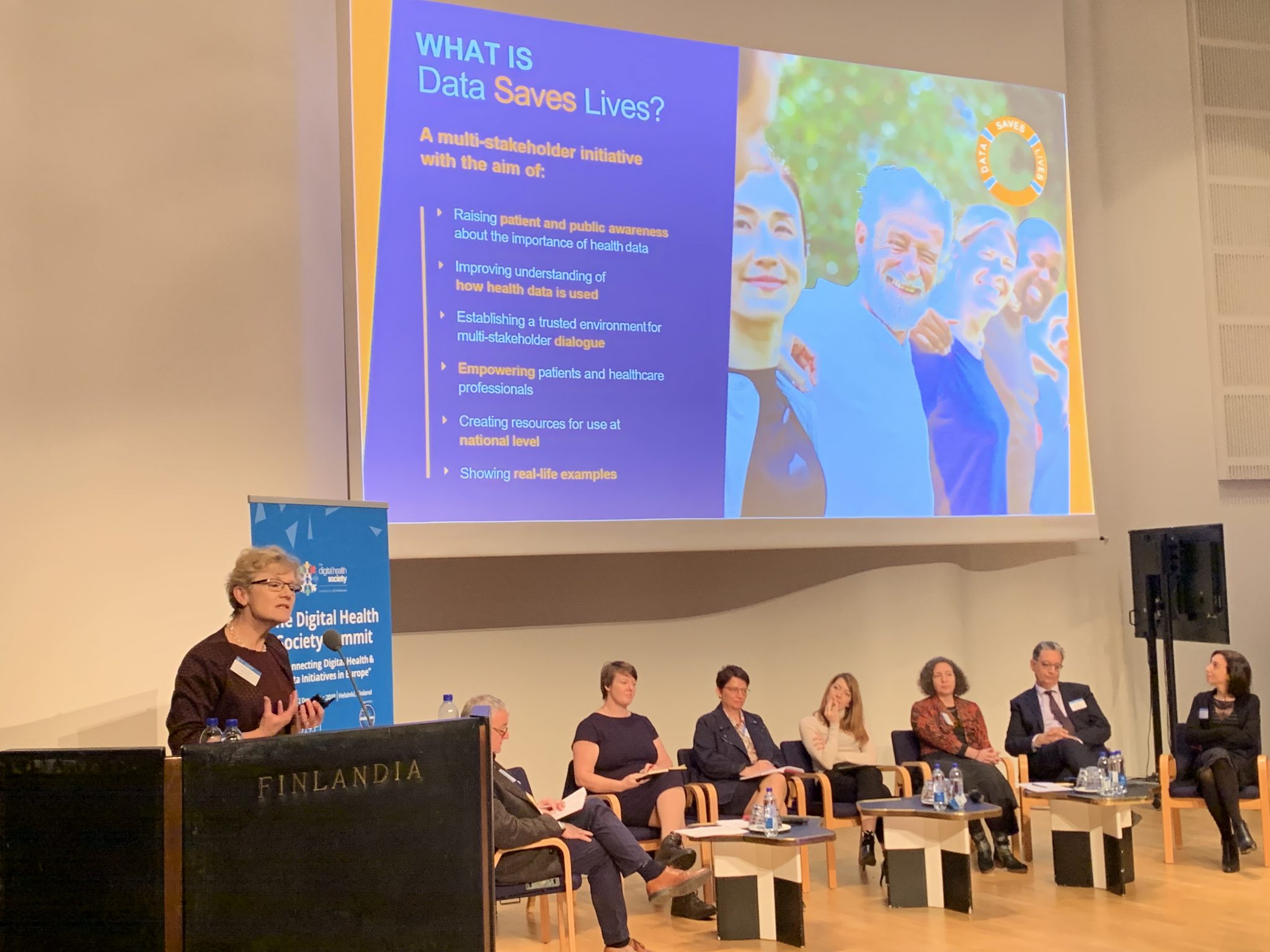 The second day of the Digital Health Society Summit kicked off with a session led by Theodore Vontetsianos from the Greek Ministry detailing how following a number of years of political uncertain that as far as Digital Health is concerned Greece is back to play its important role in this sector in Europe.

There was a panel for Digital Health Society Task Force 4 on success stories of digital transformation with some excellent examples of solutions that are ready to deploy across our ECHAlliance network with input from our members – EY, Orcha, Better, VTT, Ministry of Social Affairs Estonia, Sensotrend and CareChain. 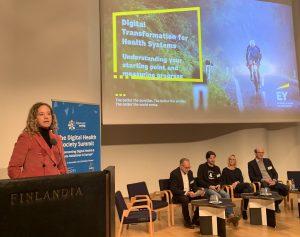 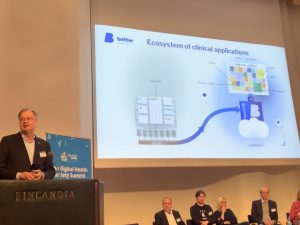 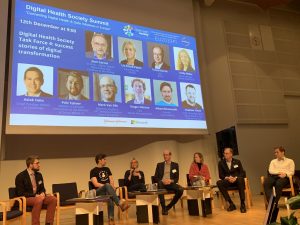 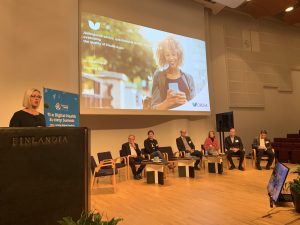 The programme then turned to the ECHAlliance International Ecosystem Gathering which had a number of strands all focusing on connecting the dots. Firstly, there was a session launching the new ECHAlliance Finnish Network of Ecosystems starting with a video message from Sinikka Salo from the Finnish Ministry of Health. Following this we heard from our first Finnish Ecosystem in Oulu and then four new Ecosystems from Central Finland, South Ostrobothnia, Kuopio and Ostrobothnia introduced their ecosystems.

We then heard from two new ecosystems to launch in 2019 – firstly the Transylvanian Ecosystem in Romania with Fresh Blood and then South West England Switch Ecosystem with Professor Arunangsu Chatterjee both very keen to connect with other ecosystems. Our Director of Ecosystems and Membership, Andy Bleaden then gave a talk about the growth of our ecosystems, the opportunities for our members and the plans for the future. 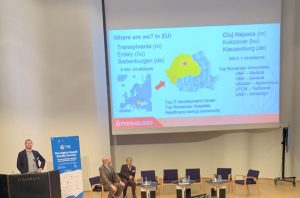 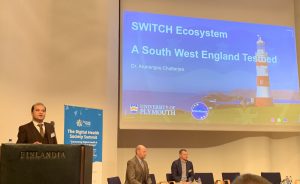 Last of all there was a session with VTT, General Electric and IBM showcasing other Health Clusters and Ecosystems to connect with followed by the formal launch and signing of the ECHAlliance Finnish Network of Ecosystems 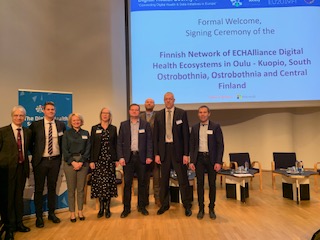 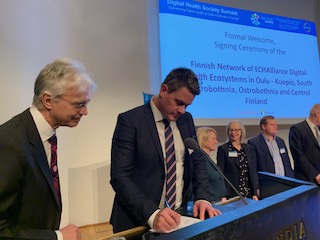 View all photos of the event here 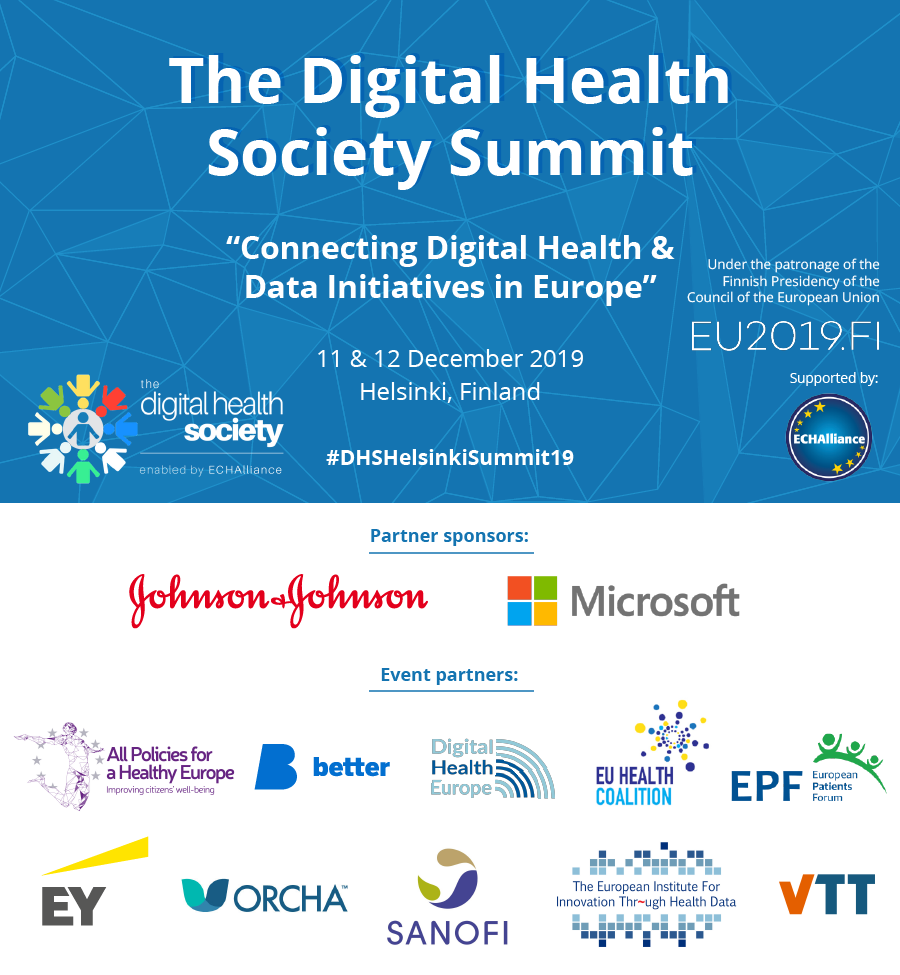